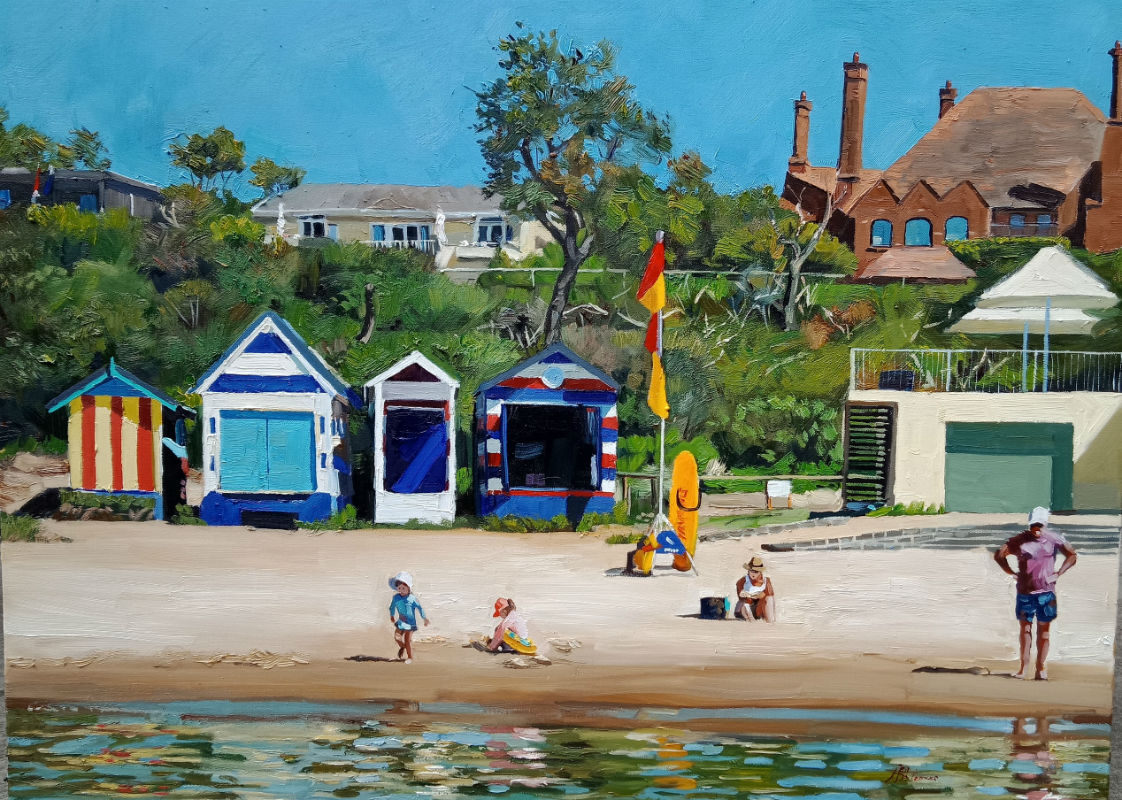 Andrew Stevens is New Zealand-born artist, currently living on the Mornington Peninsula. He was educated in Dunedin, New Zealand, completing a Bachelor of Fine Arts at Otago Polytechnic in 1999. He has received numerous painting awards; notably receiving ‘Best in Show’ at the Bayside Art Show in 2016. He specialises in local seascape and cityscape paintings; often representing vast and powerful ocean beaches in his seascapes, which contrast the careful positioning of vehicles and iconic landmarks in his cityscapes. He works exclusively with oil on canvas and his work draws on influences from Impressionism to more contemporary aesthetics.